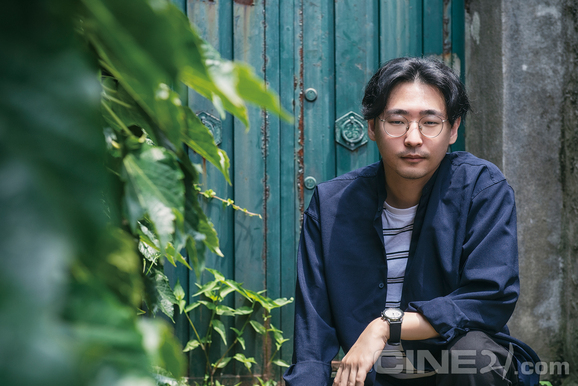 I thought she were an unknown but experienced actor making her first on-screen debut. Mom’s Song(Korean title: Wind, Clear Away the Fog) tells the story of Dongmin (played by SHIN Jungwoong), who receives a phone call in the middle of the night and heads out to pick up his drunk mother Hyejeong (played by KIM Hyejeong and NOH Yoonjung). Surprisingly, one of the actors who plays Hyejeong is, in fact, director SHIN Dongmin’s real mother, KIM Hyejeong. It is unnecessary to attach a huge significance to the fact that the filmmaker’s mother personally acted in a film about family, but this is an effective clue for understanding the powerful and unique charm of this film. SHIN shot this film while closely communicating with his mother on site and asking her, “What would you like to talk about?” In addition, by having both a professional actor, NOH Yoonjung, and a nonprofessional actor, KIM Hyejeong, play their own interpretations of the mother character, SHIN created a mysterious tension in the film that careens between fiction and documentary. He used the 4:3 aspect ratio, which is rarely used in film, and captured the passing time with long takes, allowing the viewers to experience the lives of the characters more closely. I met with SHIN Dongmin, who captured several keen emotional moments by taking on a number of cinematic challenges, in Jeonju.

=While working with actor NOH Yoonjung, I realized that I should do something with my mother. I’d written about my mother and tried to portray her in film until now, but I started thinking that the mother I’d created on paper and screen was a completely different person from my real mother. Maybe she was enjoying life, singing and drinking, but here I was, projecting my own feelings on her and thinking that she’s living a hard life. So I wanted to make a film with her.

-I was impressed by the scene where Hyejeong sings JUNG Hoonhee’s Fog. It’s the theme song from director KIM Soo-yong’s film Mist, and it seems relevant to the title of your film.

=Fog is a song that my mother actually sang once when she called me out to come meet her. A verse in the song goes “Wind, clear away the fog” (which is the Korean title of the film), and I thought that expressed the wish that this film was depicting. I thought that Hyejeong wasn’t wishing for something big but just for the wind would take away this thin fog. In the film, Hyejeong prays to the panting of Dharma hanging behind the counter in a noraebang (karaoke room) and she also wishes for something while circling a stone tower at a Buddhist temple. I think that was the kind of thing she was wishing for. About the songs in the film, my mother sings JUNG Hoonhee’s Fog in Part 1, and actor NOH Yoonjung sings KIM Chuja’s My Love is far Away in Part 2. Both are songs that my mother sang to me in real life.

-Is there a reason you went with the 4:3 aspect ratio for your film?

=I’ve been making films about relationships between two people. There are other characters in this film, but it is mainly about the mother Hyejeong and the son Dongmin. I thought that 4:3 ratio was adequate for capturing two people on screen, and the distance it gave me, standing behind the camera and capturing them, seemed like the right amount of distance for me from the film. And the film was shot at my house, which isn’t that big either. (laughs) I thought a lot about ways to capture that space on screen. When I used a wider screen ratio, there were a lot of empty space on the sides. That seemed unnecessary to me. I wanted the focus to be on the characters, and all that empty space seemed meaningless. That’s why I chose to use the 4:3 aspect ratio. -The aspect ratio was notable, but the fixed camera was also striking. In Part 2, Hyejeong and Mancheol (played by KIM Dohyeon) sit side by side, and then Mancheol walks off the screen to pick a flower and returns to put it in Hyejeong’s hair. The camera stays fixed on Hyejeong instead of moving or cutting to Mancheol.

=It reflects my fundamental view on directing. I haven’t yet found the justification for moving the camera. If I had the right reason, I would’ve moved the camera or cut the scene in two. But I thought the continuation of the time spent on observing the two people was more important. By watching the two characters from a fixed position, I wanted the viewers to feel and experience the same time that the characters were living in. I also shot other scenes with deliberately long takes from a single spot.

-Instead of using dialogues to explain what’s going on, the film seems to show it through images. Like having two characters sit side-by-side and talk every now and then, or the mother setting the table and shuffling on her knees to go look for medicine.

=I had a script with all the lines for all three parts of the film, but I didn’t really look at it much during the shooting. I gave a copy of the script to Ms. NOH Yoonjung, but for the most part I verbally explained to her about the scene we were about to film and asked her to say such and such lines. And I asked other people in the film about their opinions. “Mom, what would you say in the scene?” “What would you say here, Jungwoong?” I’d listen to them and make a decision. “I like that, let’s do that,” and so on.

-Actor NOH Yoonjung who played Hyejeong in Part 2 plays Hyejeong’s friend in Part 3, and they have a conversation in norarebang. The change in the actors playing Hyejeong was really interesting.

=When I saw NOH for the first time, I thought she was a lot like my mother. So I thought it would be fun to have the two of them meet. I don’t believe that changing the actors for the same role harms the movie. Having the same role played by two people and the actors in parts 1 and 2 meeting each other in Part 3 seems like the way our lives are. There’s a cycle in life. Like Hyejeong circling a stone tower at a Buddhist temple. Or me talking about my father, whom I thought I would never see again, in my movies. One thing that happened during the shooting was, after shooting the noraebang scene for Part 1 with my mother, we were packing up, ready to head home, when a car drove by. My mom saw the car and said, “Oh, that’s your dad’s car.” I thought I’d never see my father again, but I keep on running into him every once in a while. Just like that, the two actors who played the same role meeting each other in the film seems to be in touch with our lives. 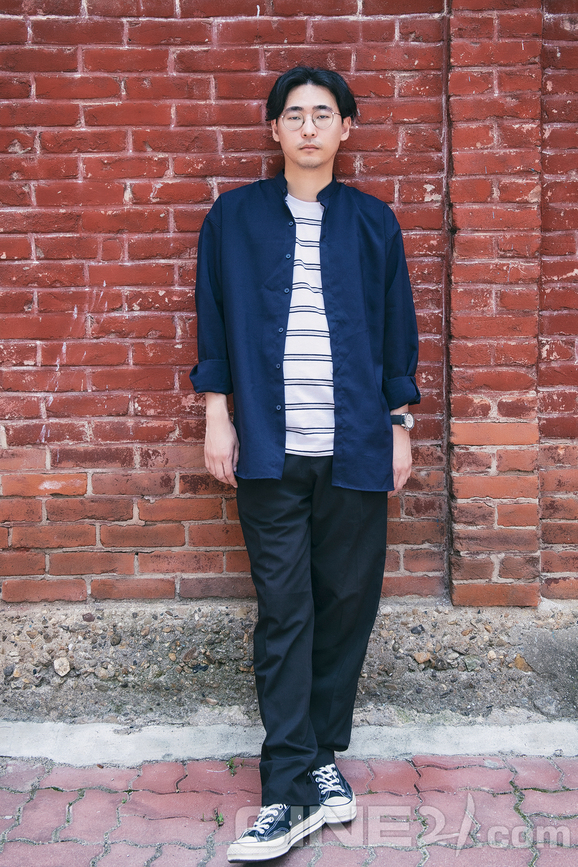 -The last scene in the film is the same as the first, where Dongmin answers a call from his mother.

=I wanted the viewers to get this idea of a cycle where the end becomes the beginning. I wanted them to think, “Am I doing well?” “Is my life okay?” rather than wanting to get away from their families. Personally, I think I make films because I keep on remembering certain moments from my past. If I’d lived wisely, perhaps I wouldn’t have made a film about family. I know fully well that making a film doesn’t solve anything. But in the last scene, I wanted the viewers to experience something that was like an extension of their own lives. My mother’s voice at the end is like a testimony. I wanted to let people concentrated on her voice, calling them from the other end of the line, against a dark screen so that they could focus solely on the voice.

-What’s your next film project?

=It’s a short that combines elements of documentary and fiction. Mom’s Song is a film more about my mother, but my next short film is going to be about my thoughts and feelings about my father.