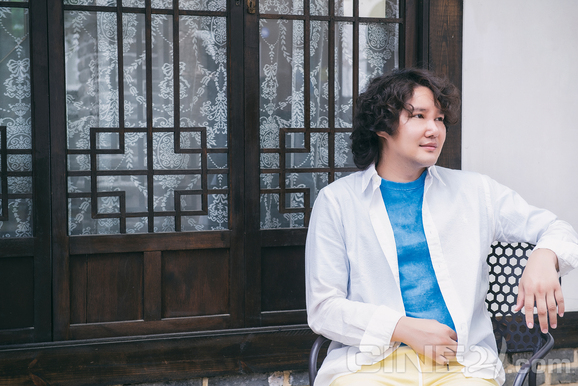 Goun’s line “Nobody cares about us anyway” is a message that runs through the entire story in Homeless. After losing their entire fortune to a scam, Hangyul and Goun wander from a jjimjilbang (bathhouse) to another with their baby Woorim. The two young parents work hard, making deliveries and posting flyers, but their income cannot even cover the hospital bills for Woorim. In the shadowy corners of the world outside people’s gazes, their lives gradually crumble around them. Filmmaker LIM Seunghyeun who directed Homeless says that the situation that Hangyul and Goun find themselves in can happen to anyone. I asked director LIM Seunghyeon about his gaze, bringing to the surface the people who have been cornered and are sinking under water as well as problems that no one pays attention to even though they are everywhere. 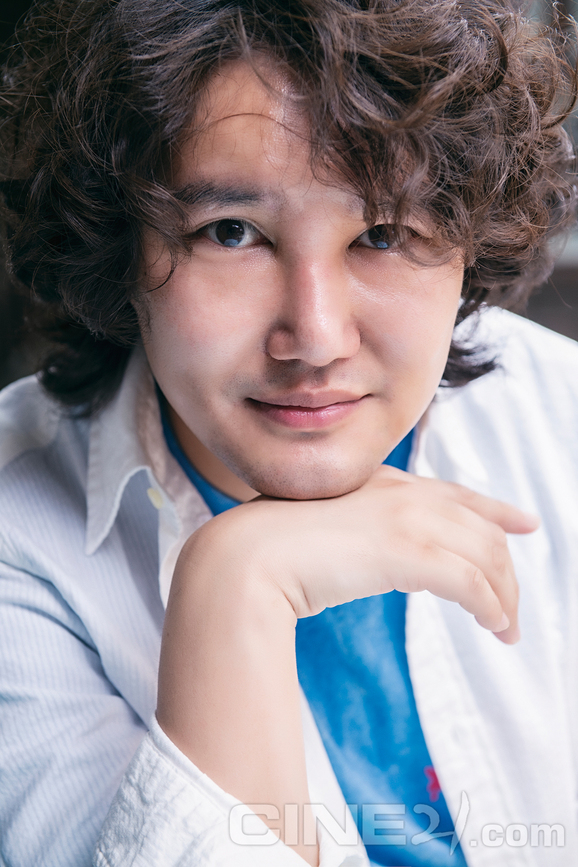 -How did you come to film Homeless?

=I started working on Homeless right about when I was about to graduate from the Graduate School of Cinematic Content at Dankook University. I’ve mainly worked on horror films before, but for this project I talked with KIM Seunghyeon, the cowriter for the film, about telling our own stories. So we took the style of genre film but dramatically organized the story so that the viewers can follow the characters though the film.

-Have you been interested in social issues affecting youth in general?

=Not really. I had a strong opinion about how films have to let the viewers to experience something they’d never experienced before. But studying film in grad school and working on this feature-length project changed my attitude toward film. The idea for Homeless stemmed from a question that I asked myself recently: “If I got married right now, without even a home to call my own, would I be able to make a decent living?” It also contains my personal experience with housing problems back in my childhood. We also added the story of KIM Seunghyeun’s great aunt who lived alone in her later years. So the stories of Hangyul and Goun, and the old lady who dies alone in the film aren’t that far from my own life.

-A lot of the elements in the film are visualizations of the characters’ guilt. Personally, the change in Goun’s attitude toward the kimchi that the old lady had made upon learning about what happened to her stayed with me.

=I wanted to use the kimchi that the old lady made as a kind of metaphor. Before learning about the old lady’s death, her kimchi was a delicious side dish to Goun. But upon finding out everything at the end of the film, it becomes a spoiled food that Goun wants to throw out. The focus, however, should be on the fact that despite that, they go on eating. I wanted to show each character’s guilt and their efforts to avoid it in the first and last meal scenes. The sound of the doorbell that Hangyul hallucinates was another device for showing his guilt and anxiety.

-All human beings exist in a state of precariousness with some kind of deficiency. The old lady mentions that she doesn’t have any trouble with housing but that it’s been a long time since she saw her family.

=As you said, I wanted to include a story about someone whose living situation was stable but was lacking something else. Personally, the biggest problem faced by older adults who live alone is indifference. I wanted to overemphasize that point in the film. My father actually lives alone now, and when I visited him some time ago, his landlord asked me for my phone number, just in case something happened to my father. That’s when I realized that the issue of older adults living alone isn’t something that only happens to other people. In my work, I wanted to talk about these things that I have experienced before or am currently going through now.

-You didn’t forget to point out the structural issues of our society either. The social worker in the film comes to the old lady’s house but just leaves after talking to Hangyul instead of checking in with the lady.

=I majored in psychology as an undergrad, so I’ve done volunteer work in the field. There are people who work really hard in the field, but then there are those who don’t. I wanted to point out that these weren’t really problems of individual social workers but a structural problem of the system, where the number of social workers isn’t enough to meet the demand. The characters in this film are the victims of this imperfect system. 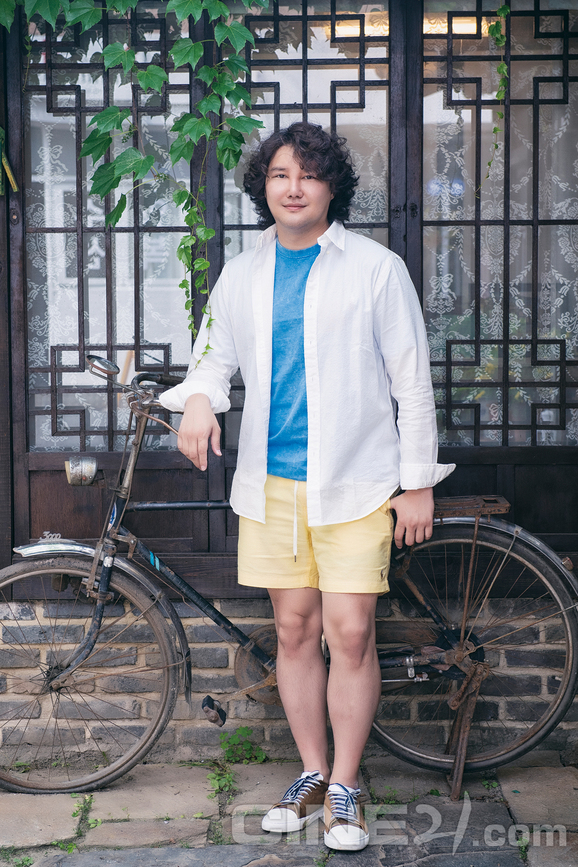 -Was there something particularly that you kept in mind while directing this film?

=I concentrated on minimizing restrictions. I told the actors that it was okay to change their lines except for the ones that needed to be said. I didn’t want them to simply stay within the text that I’d written. I tried to have them use the text as a guide and instead worked on creating a space where the actors could have fun on their own. I wanted more dynamic actions and images, so I didn’t even make continuity sketches. Instead, we had rehearsals at the filming locations, and I either changed or added details in that process. This production process seems to have made the film more dynamic, so I’m happy with how it turned out.

-The actors must have played an important role in making the film then.

=That’s right, and that’s why I’m evermore grateful to the actors. We worked hard on the casting as well. I’d seen PARK Jeongyeon in Yuri in Summer, which was screened at the Busan International Film Festival. I liked her aura and strength and thought that she’d be able to express Goun’s steeliness. We cast her right after her audition. JEON Bongseok is an actor overflowing with passion. In his first audition, he didn’t look anything like a guy who’d experienced poverty, but he came to his second audition with his head nearly shaved and wearing a delivery uniform. When we saw him in that light, he was a great fit for Hangyul. As for the role of Woorim, we needed a baby who wasn’t afraid of strangers. When I met Hyeonseo for the first time, he just reached out and handed me his snack. (laughs) When we had those three actors together, they sort of resembled each other and looked like a real family. Shooting the film in the summer heat was difficult for many reasons but the actors worked really hard, and I’m thankful to them.

-Space is particularly important in your film. The old lady’s house is the only refuge for the young family of three, but at times it feels like a prison.

=Before they move into the old lady’s house, the three of them live surrounded by noises. I imagined that coming from that, they would long for some quiet. So I wanted her house to be a space without any kind of loud noises, and that was what I’d focused on for sound design. I think the reason that it looks like any other house but also feels like a prison cell at times is possibly because of the curtains in the last scene. The curtains for the large living room window was an expression of Hangyul and Goun’s wish to hide themselves from view. -The viewers must have drastically different opinions about the two characters’ choice. It is clear that Hangyul and Goun commit a crime. One of the things that I’d thought hard about while writing the script was that they did something that was morally and ethically wrong. But I also wanted to show why they couldn’t but live that way. The scene where Hangyul thinks that he hears the doorbell, or the scene where they return the incorrect change they receive are there to show that they’re not really bad people but were pushed to the edge in their desperation. I believe that there are people like them, hidden in plain sight. I experienced something similar in my childhood, and I feel so bad for Hangyul and Goun that I just want to give them a hug. Their future is probably murky, but I wanted to leave the ending up to the audience.

-What was the ultimate message that you wanted to send through this film?

=I wanted to talk about the terror of indifference. Problems of poverty, housing, and dying alone are everywhere and can happen to anyone and everyone. I don’t want my film to be some kind of a public campaign, but I’d like for the audience to become more aware of their own indifference to others and to shift their gazes to people around them.